She will always be young and beautiful 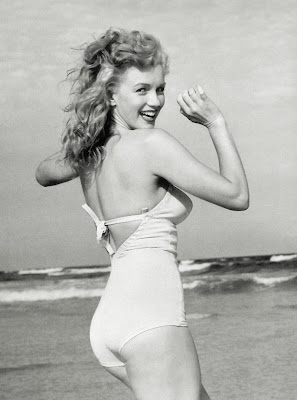 "I'm selfish, impatient and a little insecure. I make mistakes, I am out of control and at times hard to handle. But if you can't handle me at my worst, then you sure as hell don't deserve me at my best" ~ Marilyn Monroe
at March 28, 2011 1 comment:

I can't believe I'm doing this....it looks like we're going to Vegas for our 20th anniversary.

Maybe for some that would be first choice, but I remember telling Greg that Vegas was not an option. And here we are....Vegas is it. It comes down to money. And we have none. And we don't want to fly. So...yeah. But I'm okay with it.

A few months ago I thought about it and I realized that as long as I'm with Greg, it will be fun. Whatever we do will be good as long as I'm with him. It doesn't have to be thousands of dollars to make it a good vacation. I think sometimes it's easy to get caught up in the idea that it has to be far away and it has to be expensive or it won't be good. It's what you make of it that makes it good or bad, not the location. And I have not been to Vegas in a really long time. Maybe 10 years or something. We'll see a few shows AND I'll get to knock 2 things off my 101 things to do list! Bobby Flay has a restaurant there and there's a Spago's there that I just found out about, so I can cross 2 things off my list! AND....maybe we'll renew our vows! We could go to the drive through chapel! Oh my....that would be hilarious. Cross another one off! So Vegas could be really helpful for the 101 things list.

Now I need your help. We're not sure where to stay. Check out my poll in the side bar and vote. If you've never stayed at any of them but you've heard rave things about one of them, then vote that way. You can also leave a comment if you have details to share. Since it is a very special occasion, we want to stay someplace that is nice over all. Not just the rooms, but the whole hotel. So if the rooms are nice but the hotel isn't so great, or vice versa, then probably not the best choice for this vacation.

This video is humorous. It gives me hope that *Frosty Old Folks Home might be a little bit more exciting than I imagined.


*Many years ago my aunt and uncle were in a place called Frost Street Residential Care Home. My aunt was a little nuts in her old age. One day my Mom gets a letter from her...the return address was from Frosty Old Folks Home ;)
at March 17, 2011 1 comment:

What am I supposed to be doing?

I hear the success stories. Someone who took a risk and it paid off in amazing ways. They're living their dream. And then there are the people who stumble into success. They do something having no idea it will be anything more than some little project they had to take care of....and boom....it's their calling.

And then there are the people like me who sit and wonder what the heck their calling is. Does everyone have a calling? Because I think the vast majority of people go to their 9-5 jobs and just wait for retirement. I can't think of someone I know who found their dream job. Or maybe not a job, but just found their dream and ran with it....whatever it is.

A lot of times it seems like people try to make things they like doing their big dream. Let's use fishing as an example. A guy, I'll call him Heathcliff, loves to fish and Heathcliff is good at it so everyone tells him he needs to be a professional fisherman. Heathcliff thinks about it and does love to fish, but he wonders if he really wants to fish for a living? Fishing on his days off and vacations is what he likes, but would he really be happy doing it day in and day out? Heathcliff isn't sure. Or there's the computer geek, Boris. Everyone tells Boris he should be a professional geek. But would working on broken computers be a dream for Boris? I can honestly tell you, broken computers are a serious pain in the ass, so I can't imagine that would be anyone's dream....but that's just me.

So I don't think it's as easy as looking at the things you like to do in your spare time and trying to turn them into cash. That almost makes me think I'd start to dread my hobby if I became a slave to it. And it requires passion. You really gotta love it...want it. I like to craft....but I honestly can't see myself cranking out cards for a living. And besides, how much can you make selling cards? I'd have to make a sell a zillion cards to actually make any money.....I'd have no time to sleep. So I know making and selling cards can't be my calling. How could it be? I mean....if I'm missing something here just tell me.

Purple Summer Skinny Scarf
I think this is so pretty. It would be great to wear inside a black coat for a bit of color.

Love you to the moon and back
Love this necklace! I'd get Greg's name stamped on it :)

I'm still looking for a new tea cup/mug. I've seen LOTS of pretty and unique ones on Etsy but they are expensive! Around $20 (or more) plus shipping! So just looking for now. These are some I have considered: