When I was a little girl and my parents were going to an event of some kind, I always watched my Mom as she was getting ready and as she put her makeup on. As I sit here today, I can actually remember this very clearly. How she'd draw on her perfect eyebrows, apply blush (she called it rogue), mascara and lipstick. It was fascinating and I never tried of watching her do the whole routine. For many years, I also drew on my eyebrows just as she had, although mine were never been as good. Her's were always perfect. All her makeup was perfect. She had this teal dress that was her "go to" dress for these occasions. It was floor length and had sheer bell sleeves. Very fluttery like a butterfly. It was very in style at the time. She's pictured below wearing it. I wonder if it still hangs in her closet? I'll have to look.


On Friday May 18th I went over just as I did nearly every Friday to check in and see how she was doing. She was asleep in her room. I stood at the side of her bed and she was in a very deep sleep so I didn't wake her. On Tuesday of the same week when I saw her, she'd mentioned that she hadn't been sleeping very good so when I saw she was sleeping so deeply, I didn't want to disrupt her. That was the last time I saw her. She passed away in the early hours of May 19th. She was only 77.


She'd been sick for a little over a year so my family knew this was coming. However, it's been hard to cope with even knowing it was going to happen. I just think to myself....I will never see her again. It's mind boggling and sad. I'm having a hard time going into their house which I had not anticipated. As I walked up the driveway later that morning, I stopped and didn't want to go in. She wasn't going to be there. Ever again. Everywhere you look, she's in that house....but she's not. Maybe it will get easier. Maybe not.


Many years ago I went to someone's house and there was a giant scrapbook on one of the tables in the entry way. I was just there to pick something up so while I was standing there waiting, I took a closer look at it. The woman came back and noticed I was looking at it. She explained it was a scrapbook she made in memory of her mom after she'd passed away. She opened it and showed me various pictures and keepsakes in the scrapbook. One page had items from the service they had for her. The thing that stood out to me above everything else in the scrapbook was pretty picture of an angel and below it said her Mom's name and "resting peacefully in the arms of an angel". To this day I have never forgotten that. I can't think a more comforting thought than that.


So that's my wish...that my mom is resting peacefully in the arms of an angel. 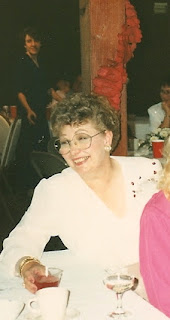 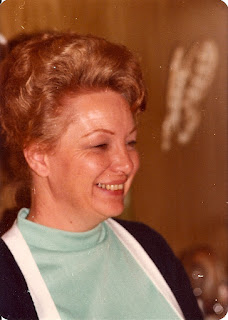 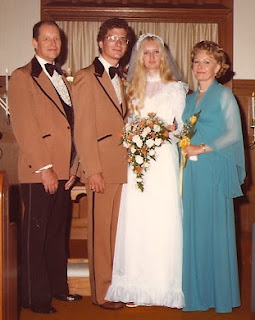 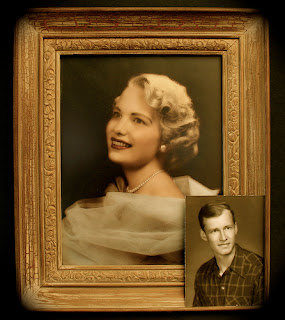