I know this is going to sound crazy, but I want to go to Istanbul.

I'm sure most, if not all, of you are currently sitting with a furrowed brow after reading that. Why in the world, literally, would I want to go to Istanbul!?

Well, Martha Stewart did an entire show on her trip there and I was intrigued. It's not a place I'd have thought of going to. Ever. I might have made a joke about going there, but never serious. After watching her show, I can see it looks like a pretty interesting place and I bet it would be a vacation to fondly remember. Especially if you stay at the Four Seasons that's there.

This hotel looks amazing. It was a 19th-century palace that was big enough to convert into a hotel. And it still looks like a 19th-century palace. It has 170 guest rooms, which isn't very many for a hotel. I'm not sure how many rooms it had when it was a palace, but I'd guess in the 200 range since there is another palace there and has about that many. And, you should see the pool. Wow, so pretty. And the indoor pool! Beautiful! Looking at the pictures online, I can tell it's pretty high class.

There are dozens of attractions to see. For some reason I imagine it would be a bit like Estonia. Outdoor markets, mosques, palaces, museums, all kinds of shopping....it all sounds very interesting.

Maybe I will get to go someday :) 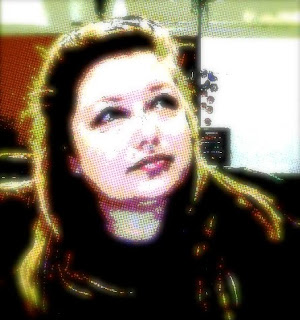 Been having a rough week even tho I had Monday off. It's just been "one of those weeks". Plus, last week I had my review and I went into it with the intention of just letting my boss give me her comments and have it be over. However, it didn't go that way. I read through her written comments and they were complementary and there wasn't anything negative, but it lacked appreciation. Sort of a canned remark kind of review. I just know I work hard to get everything done and I think I do a pretty good job. It wasn't coming through on the review. Was just had a...."she works here and blends in with everyone else" feel to it. Now, if I were like that, then fine. But I don't think I am. So I told her. It didn't exactly go over well, but it didn't go over badly either. I mean, I basically told her the review of me sucked....and since she wrote it, it was kind of telling her she sucked at writing it. BUT....I think some of the things I said about how I felt struck a cord with her. She did *seem* to get where I was coming from. This is hard to do with her because she rarely admits wrong doing or mistakes. Granted she didn't say she was wrong or anything like that, but I did get the feeling she understood my point and didn't try to sidestep much of what I said. In the end I walked away feeling maybe she will express more appreciation towards me. It would be nice. We'll see. The picture is of me about 5 minutes ago :)
at September 16, 2010 1 comment: