This live version is of 2000 Miles is possibly my most favorite holiday music video. I hope it gets you in the holiday spirit!

Some things I'm thankful for that are often taken for granted.

Indoor plumbing
My tooth Paste/tooth brush
Health insurance
My hearing
Shampoo
4 good tires
My oven
My computer
US Military
My refrigerator
Google
My beloved car, Buffy
Clean running water
My bed
My hot water heater
Living in the United States
My sight
My washer & Dryer
Food on the table
My health
My stove
Toilet paper
My Cricut
Electricity
Shoes/clothes
My job
MY HOUSE

I had to post this. I think it's hilarious!

Back to my camera

Over the last month or so, 4 people have asked me about my photos....actually, my lack of photos. It's weird how no one has said a word for months and then 4 people say something in such a short span of time. I don't have a big following at all - maybe 10 people, so having 4 of them say something is a pretty big percentage. My answer was, I just have not had any inspiration. I'm cautious to say I've lost interest because I don't think that's what it is. I think it's just a lack of inspiration. There was a time when I would login to my Flickr account twice a day and look at my contacts photos and browse the groups and there was tons of inspiration there. But I hardly login to Flickr anymore. When I first joined it was a "small" community. You saw all the same people posting photos and it was almost like you knew them and people looked forward to seeing what each other would post next. But now there are soooo many people on Flickr and that small community feeling is gone. It used to be like little fish in a pond with other fish and now it's like being a tiny fish in an ocean of fish you don't know. This isn't to say I'm not interested in Flickr anymore or that I don't want my account, it's just not the source of inspiration it once was. And that source of inspiration hasn't been replaced. That's pretty much the story behind the lack of photos.

Here's my starting point. My inspiration is beautiful group of trees at work that has started to change color. Enjoy the burst of color while it's here. 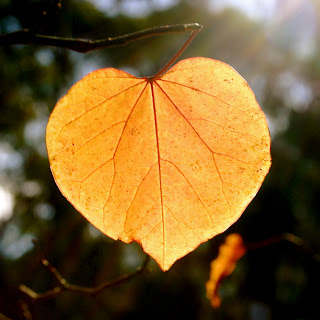 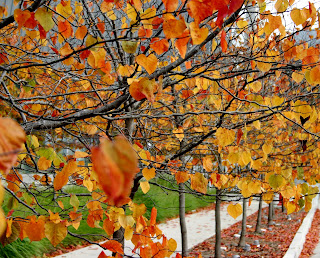 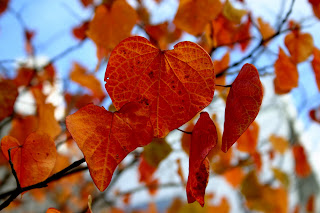