This is the wedding card I made for my niece Laura :) 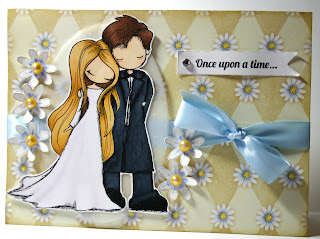 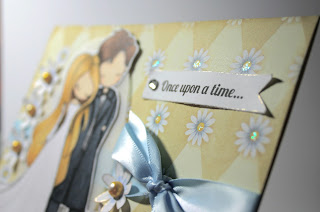 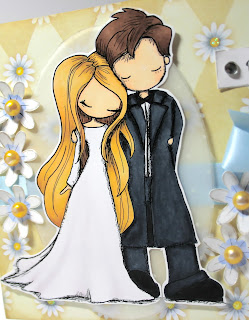 This is the inside. 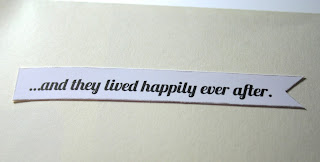 
My brother Steve passed away very suddenly on Tuesday, September 18th. The suspected cause of death is due to a pulmonary embolism. He was 57 years old.

He went to the hospital Monday morning because he was having trouble breathing. Initially, it didn’t seem serious and his nurse told me he was being held over night for observation and that he’d probably be released the next morning. Later that evening is when they determined it was a pulmonary embolism. Tuesday morning I talked to him at about 9:30am. He didn’t sound good and he said he felt terrible, but he joked a little with me before he had to go because they were about to run another test. He told me to call him later that day when I got home from work so we could chat some more and he would probably have more information about the tests they were running. I told him I definitely would and we said goodbye. The call was about 10 minutes. He went into cardiac arrest about 45 minutes after I talked to him. They revived him briefly but he went back into cardiac arrest and they were not able to revive him that time.

Steve enjoyed simple pleasures; watching NASCAR, movies, time with his dog Chico, and assembling model airplanes and ships. Cars were a passion of his since he was a little boy, so now the heavens have a top-notch mechanic. He’ll be happy to find the parts he needs are always in stock there. He was a reserved person, but when he was among family and friends, he was a jokester and had a contagious laugh and fun spirit. Steve was very generous and a kind person. His sudden passing has left us all in shock and I find it hard to talk about him without getting watery. It's a painful loss. There's some comfort in knowing that he will be with my Mom who passed away only 5 months ago, but he was too young to leave us. He was on the heels of retirement and had been making preparations for that. I know I'll be asking over and over why we had to lose him now.

You're gone too soon, Steve. We love and miss you. 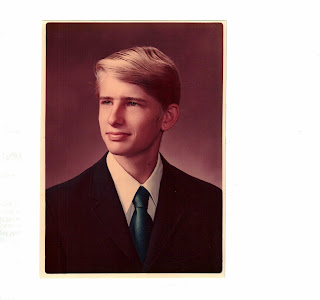 I'm sharing this because....well, I'll share why at the end. This is an email someone sent me.

Several days ago as I left a meeting at our church, I desperately gave myself a personal TSA pat down. I was looking for my keys. They were not in my pockets. A quick search in the meeting room revealed nothing. Suddenly I realized, I must have left them in the car. Frantically I headed for the parking lot. My wife, Diane, has scolded me many times for leaving the keys in the ignition. My theory is the ignition is the best place not to lose them. Her theory is that the car will be stolen. As I burst through the doors of the church, I came to a terrifying conclusion. Her theory was right. The parking lot was empty. I immediately call the police. I gave them my location, confessed that I had left my keys in the car, and that it had been stolen.

Then I made the most difficult call of all, “Honey,” I stammered. I always call her “honey” in times like these. “I left my keys in the car, and it has been stolen.I've called the police.”

There was a period of silence. I thought the call had been dropped, but then I heard Diane’s voice, “Ken,” she barked, “I dropped you off!”

Now it was my time to be silent. Embarrassed, I said, “Well, come and get me.”

Diane retorted, “I will, as soon as I convince this policeman I have not stolen your car!”

The reason I shared this is because I had something similar happen to me. I used to park off campus and walk to work (about 25 min walk) so I didn't have to pay for parking. Parking fees at work are crazy. Anyway, it was raining one day and I was going to be soaked by the time I got to my car so I paged to my department that I needed a ride to my car. We use a chatroom kind of thing that everyone logs into and can page things because so many of us are in different buildings. A guy I hardly knew was also leaving so he offered to drive me to my car. As we turn the corner to where I parked....my car wasn't there. A terror like none other came over me and I was saying something like "oh no...oh no" over and over because I thought my car was stolen. Joe, the guy who gave me the ride, was becoming slightly panicked as well because it was clear my car wasn't there...blah, blah, blah. Then it hit me....I used one day parking pass that day and had parked on campus because of the rain! My car was parked right outside our building. I suddenly stopped with the oh no's and became silent because I now had to tell this nice person who gave me a ride to my car that I'm a complete moron and could he take me back to work where my car was. He was looking at me with a confused look because I wasn't saying anything now and that made it worse. Now I'll seem like a crazy moron. I'm fairly sure he tells people the story about the day a crazy girl at work had him driving around campus in the rain looking for her car. He's much too nice to tell me he does that, but I bet he does. We actually became friends after that so something good did come out of it.