“Four things support the world: the learning of the wise, the justice of the great, the prayers of the good, and the valor of the brave”
at May 31, 2010 No comments:

Here's my card for the Etsy Inspired Challenge featuring Michelle Brusegaard's Etsy site as the inspiration. The challenge is to use her Etsy site as inspiration when creating a card/project. My inspiration piece is this aqua note card set. Her's is in black ink, but I did mine in brown because I wanted to use my "brownstone" glitter from Martha Stewart as an accent. It's hard to see in the photo, but it glitters just slightly. This glitter is so pretty! Simple non-discript card that could be used for a variety of things ~ just like hers :) 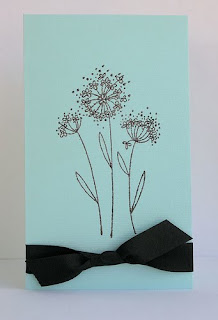 Here's my card for Kristina Werner's Readers’ Choice Color Inspiration Challenge. This card is actually inspired by a Valentine card Kristina made. I had planned on using all these buttons but not in a heart shape. When I put them all on the card, they just grouped into a heart shape and it made me think back to this card. I liked the accidental heart so much I just went with it. The "i ♥ you" stamp is from Studio G. I stamped that in the darker blue since it was the only color I was missing. I also did the stitching lines in the darker blue. Hope you like it! 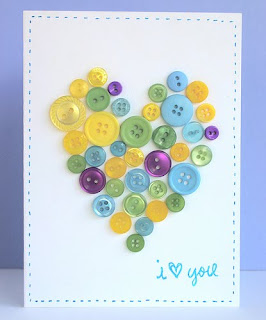 Here's my card for the Etsy Inspired Challenge featuring the Creation Designs Etsy site as the inspiration. The challenge is to use that Etsy site as inspiration when creating a card/project. My inspiration piece is this vintage Trifari leaf broach and earring set. I didn't have a stamp that was the same style leaf as the broach and earrings, so I had to use a maple leaf. I stamped them in gold and shaded them with brown chalk. Hope you like it! 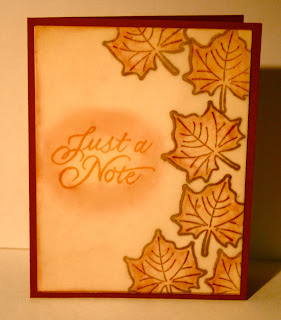 Kept it simple. This frog was the first stamp that came to mind for this challenge. Isn't he cute? It's from a very old set called "Rainy Days". I'm positive it's retired. The "thinking of you" stamp is from Studio G and I used the zig-zag stamp from the Sassafrass Stitchery set. Hope you like it! 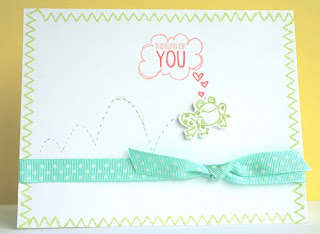 Angels On The Moon

This song, Angels On The Moon, makes me think of Guns N' Roses. I think that's why I like it so much. You can almost hear a little bit of Axl Rose....at least I can.

Here's my card for the Etsy Inspired Challenge featuring Lindsay Brackeen's Etsy site as the inspiration. The challenge is to use her Etsy site as inspiration when creating a card/project. Lindsay has some really beautiful watercolor prints. They are unique and charming! I can't wait to see if she adds any Christmas artwork. My inspiration piece is this watercolor portrait. Lindsay uses text printed papers in some of her other art, so I used that as inspiration as well. I used water color pencils for her face and then watercolored the card in green, blue, purple and orange. I added chipboard butterflies from K & Company. Her "hair" is cut out of an old piece of sheet music I got at an estate sale. 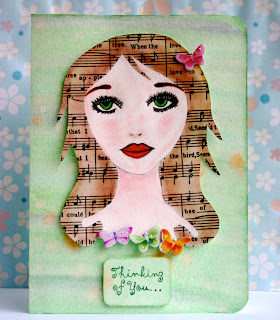 Thanks to everyone who gave me feedback on what photos to enter in the challenge. I'm not sure why I didn't realize this, but there was no limit on how many photos you can submit! For some reason I was thinking just one. Anyway, I submitted 2. I could have submitted all of them, but that seemed to be a bit much. So now it's time to vote!

PLEASE go vote! My two photos are the 4th (sunset) and 5th (garden party) from the bottom of the page. Pick your favorite and then tell everyone you know to vote to me, too! :)

I've been watching it this season because I was intrigued by a few of the celebrities. I usually fast forward through everything except the dancing. And I have no idea why this has to be a 2 night deal. Anyway, Tuesday night was the best show so far because of a mixed couple dance they did. I rewound it 3 times to watch it and have watched it online 3 times. It's sooo good! Really sexy and all the celebrities were dancing so good! The sequence stuff isn't messed up at all. You'd think they are professional dancers! Anyway, I just loved this one. Since I am so taken with it, I thought you might all like it, too. In case you don't watch, the celebrities dancing are Pamela Anderson, Nicole Scherzinger (lead singer of the Pussycat Dolls) and Chad Ochocinco (Cincinnati Bengals wide receiver). I'm wow'ed every time I watch it!!

Here's my card for the Etsy Inspired Challenge featuring Isabell's Umbrella Etsy site as the inspiration. The challenge is to use her Etsy site as inspiration when creating a card. Isabell has lots on animals on her cards, some of which are deer, turtles and owls. This card was my inspiration and I used the stamps from my American Girl "AG Friends" and "AG Sharing" sets. The "hi there" stamp is from Savvy Stamps and the border paper is from American Crafts. 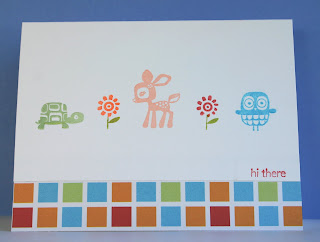 I've got to pick a photo to submit for a color challenge. The idea behind this is, people will make cards using the colors in the winning photo. I went through my photos looking for photos that had a good color combo for a card. I tried to pick photos that have a good base/neutral color color like gray, black, while, brown, etc and also have colors that work well together for a card. Here are the photos I came up with. I have my favorite but *PLEASE* leave a comment with your pick :) 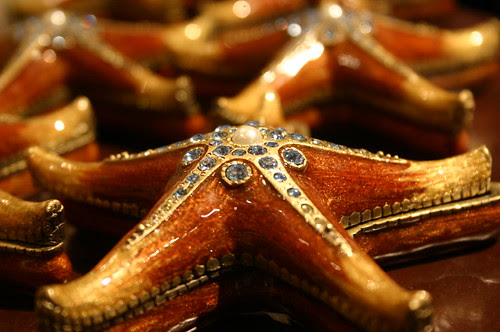 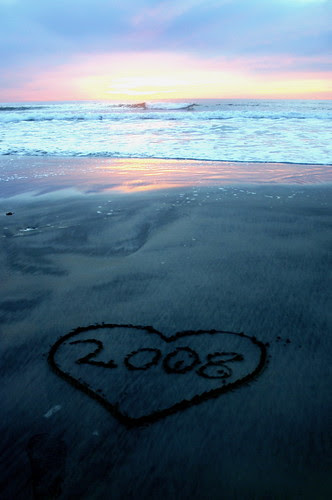 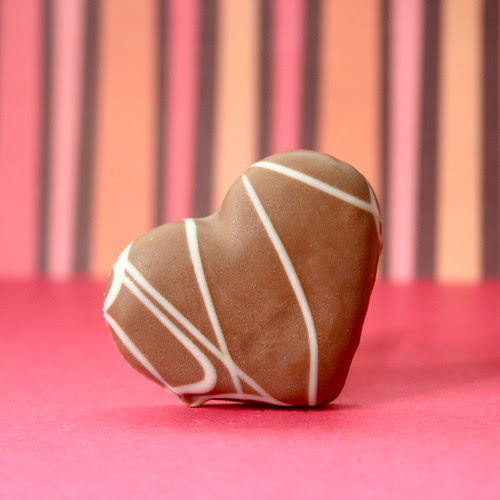 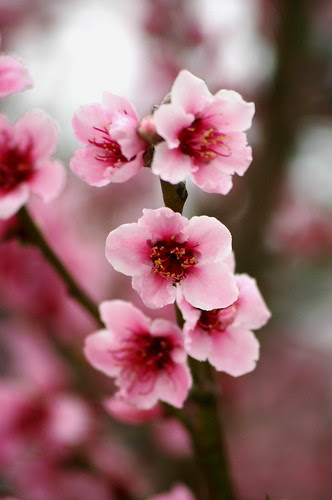 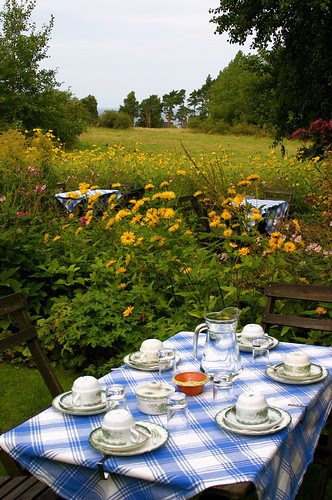 Yesterday was an interesting day.

Well, it was a nat actually. This is what went down. I was talking to a guy at work about a network problem and suddenly a nat came flying around. Without warning, the guy smacks his hand against his head....killing the nat. Now, you really have to try to envision this. He's not bald, but his hair is buzzed to like an 1/8th of an inch or something. Smack. I almost laughed and said "you just killed that bug on your head!? eww!" But I quickly realized he wasn't being funny. He just kept on talking to me about the network problem as if nothing odd or unusual had happened. He did wipe his hand on his jeans, but then it was over...all in like....8 seconds. I didn't move on from the experience as quickly as he did. He kept talking and all I could think was "uh....wait. what was that? he killed a bug on his head!? wait. ewwwwwww! I have a good poker face so he had no idea I was freaking out. And, of course, I'm not listening to him talk now. Most people, I think, use the clap a nat between your hands to kill them method. This guy smacks them against his head. When I walked away I made a mental note to avoid looking at his head for fear of seeing bug shrapnel.

Last night I was going to bed and Greg asked me if I had to do anything in advance for the pork taco meat we're cooking today in the crock pot. I was glad he said that because I had wanted to make the sauce so there was less to do in the morning since we don't have a lot of time before we leave for work. We went to the kitchen and made it together. The first thing the recipe said to do was put 6 dried ancho chillies in the microwave for 3 minutes to hydrate them. It didn't mention liquid. I read it again and still no mention of liquid. I thought that was weird. How will they hydrate? I shrugged and put them in the bowl and in they went for 3 minutes. We went on with getting the other stuff for the sauce together. The microwave was down to about a minute left and we both heard a crackle....seemed curious. Greg stopped the microwave and opened the door. Smoke poured out. He started coughing and then ran out of the kitchen. Suddenly it got to me. It was horrible!! Smoke is one thing. Chili smoke is a whole other thing! This shit burns your throat! We were both choking....it was bad. Greg got our big fan out and we opened all the windows to try and clear the smoke and the smell out. This is incredibly irritating to the eyes and throat and it took quite a while before we were not coughing. This morning I am a little hoarse. Greg said he thinks it took 10 years off our lungs. So...have someone you don't like? Maybe your neighbor dumps dog doo over the fence into your yard? Your roommate is always late with rent money? Forget the can of whoopass. Open a can of chili pepper smoke on them.
at May 05, 2010 1 comment: